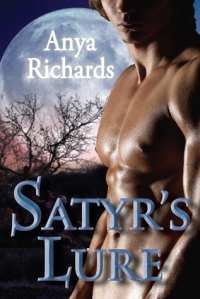 Summer in the high mountain pastures, in the shadow of ancient Greece’s Mount Parnassus, is usually Iason’s favorite time of year. A time when he feels happiest, surrounded by nature and free to take a lover from among the other shepherds. But this year he’s chosen his companion poorly and the resulting scars, of both body and soul, have left him questioning his worth.

It is only in the arms of the enigmatic and enthralling stranger Telesphoros, who rescues him from a storm, that Iason begins to heal. Yet the secrets both men hide overshadow the magic of their encounter, and foreshadow the heartache to come.

This little story is fantastic. There you go. Well-written and well-set in the mountain pastures of the past. Evocative and time and place without being pretentious or meta–which is an accomplishment. It’s a story to get lost in. Our hero Iason has compelling melancholy. His lover-from-afar Telesphoros sweet and appropriately mysterious.
Be warned, there is significant and explicit sexual and physical violence. It’s not for everyone. But the story lingers sweetly in my mind, its politics and lessons still intriguing, even as an erotic short. And it is too short, but that’s okay. Oh, and the sex is hot, too.

After living a checkered past, and despite an avowed disinterest in domesticity, multi-published author Anya Richards settled in Ontario, Canada, with husband, kids and two cats who plot world domination, one food bowl at a time. Having trained the humans around her to recognize the ‘Do Not Disturb’ vibes she gives off when writing, she’s still trying to get the cats to honor her need for space. The suspicion is that they perfectly understand, but choose those moments when she’s most engrossed to once more prove who wears the pants in the house.