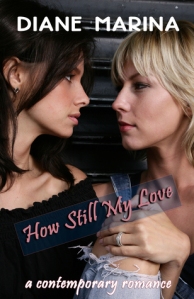 Beth Anders is just fine with her single life. Why mess with the heart when it isn’t broken? Being alone means never dealing with hurtful ex-girlfriends, or parents who have shunned her for being gay. Being alone has its perks – she’s just fine on her own. Or so she thinks until the young, vivacious and sexy Toni Vincent enters her life. In one moment, Toni quickly unlocks Beth’s heart and the two women plan a future together.

But when Beth learns that Toni may not want the same type of happy ending she had in mind, fate steps in yet again to steal her happily-ever-after. Toni wants things that Beth might not be able to provide. When an interested new woman steps into the picture, chaos erupts.

Can Beth fix things before it’s too late, or will she lose Toni forever? Travel with Beth on this funny and heartbreaking journey to true love.

At first, I wasn’t sure how much I would like this story. The beginning was great, and then it seemed like it took a long time for the plot to get going. I didn’t find my interest piqued until about halfway through. After that, the pacing sped up, and I enjoyed the rest of the story.

My biggest concern was that it was too slow-paced for the first half, and I didn’t have any real sense of who these women were. It was mostly spent dwelling on the progression of their too-perfect relationship. I got very tired of hearing how beautiful they were, as though anyone not thin, feminine, and pretty wasn’t welcome. The characters felt bland and somewhat stereotyped.

I found it a little strange that at the end, their assessment of their relationship was that they’d moved too fast–I honestly didn’t sense that; it felt like they moved at snail’s pace, actually. I wish instead of showing us so much of the “honeymoon phase” the author had concentrated on character development and their personal histories.

The second half of the story was wonderful. We finally got to see some of their personalities emerge (though still a bit less than for my liking). The tension felt real, and I liked that they had some very real feelings about their lives and situations. From the halfway point, it felt like a quick read as everything moved forward.

The sensuality in the book was at a heat level perfect for my taste–hot but not over-the-top, and it felt right for these characters. I enjoyed how loving it felt between them and how their emotions came into play during intimacy. It was really lovely. And of course, I always enjoy a happy ending.

I would definitely recommend this to fans of romantic, happy-ever-after stories. Other readers might not be as concerned with the pacing as I was.

This book was a complete love story from the start of a relationship to 8 years or so into it. The book it’s broken into three sections.
The first section was overall the best written, but I had a hard time connecting with the characters, specifically Beth, who’s the POV we read from. The author throws a lot of history in Beth’s direction but it doesn’t seem to really make a dent in how she leads her life. It’s as if Toni is able to wipe her past abusive relationship away to where it doesn’t affect Beth at all after their initial meeting. This to me was very unrealistic.
The second section is filled with story telling instead of showing. It moves quick but is rather dull because of the lack of scenes. This part is also far more interesting than the first section as there are actual problems and complications to their relationship. The history Beth has has come back to bite her but not because of her abusive relationship; it’s because of her parents. This section skims over the many problems Beth had and focused on one fight. The rest was simply telling surrounding that fight and became something I had to force myself to read. This section is one where slowing down might have been extremely effective.
The third section of this book is where, in my opinion, the actual story takes place. It still has a lot of telling and not enough showing but it’s where problems are worked on, tensions high and characters who are most relatable. I would have loved to see this whole section spanned out and delved into a lot more deeply as it was the most interesting part of the book. This is the part of the book most relatable to the reader.
I think this book suffered from a lack of a focus. The story told needed to be trimmed down to the story relevant and there needed to be gobs less telling than showing in the last 50% of it. I struggled to find a connection to the characters because all the emotions that were connectable–the despair and loneliness–were told and not shown. It seemed as if the author was afraid of delving into such a dark and deep emotion.
I really wanted to like this book more. Perhaps if it was just the third section I had read with a bit better story telling then I would have loved it.
~AJ

Diane Marina lives in the Mid-Atlantic US with her partner of 18 years. She is the author of several short stories published in the US, as well as a full-length novel, How Still My Love, which was published as a third of a trilogy titled Triple Delight. She plans to expand on the original story and re-publish the novel in 2013.

When not writing, she spends her time reading, hiking, running, and traveling. When she’s not traveling, she’s dreaming of all of the places she’d like to visit.